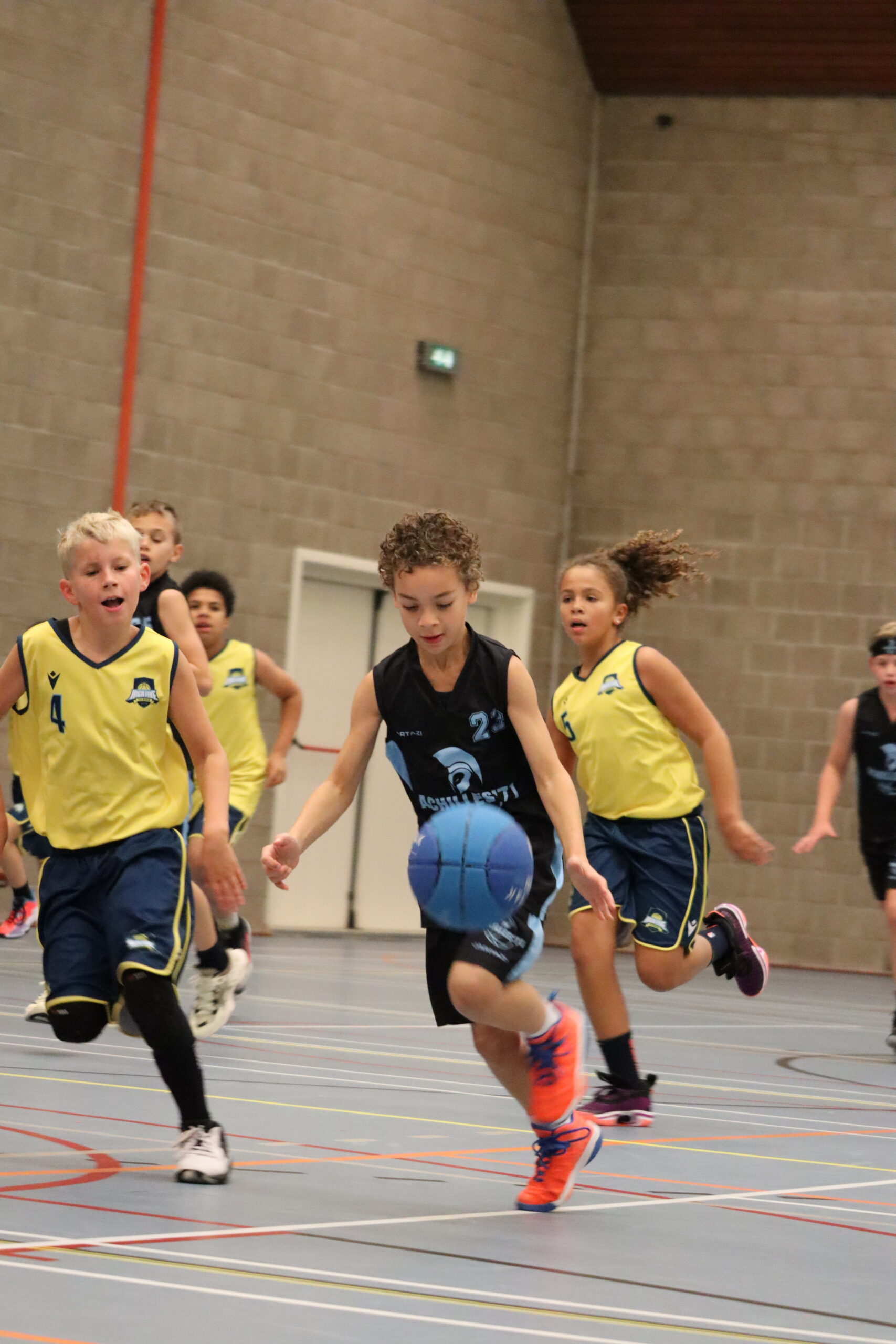 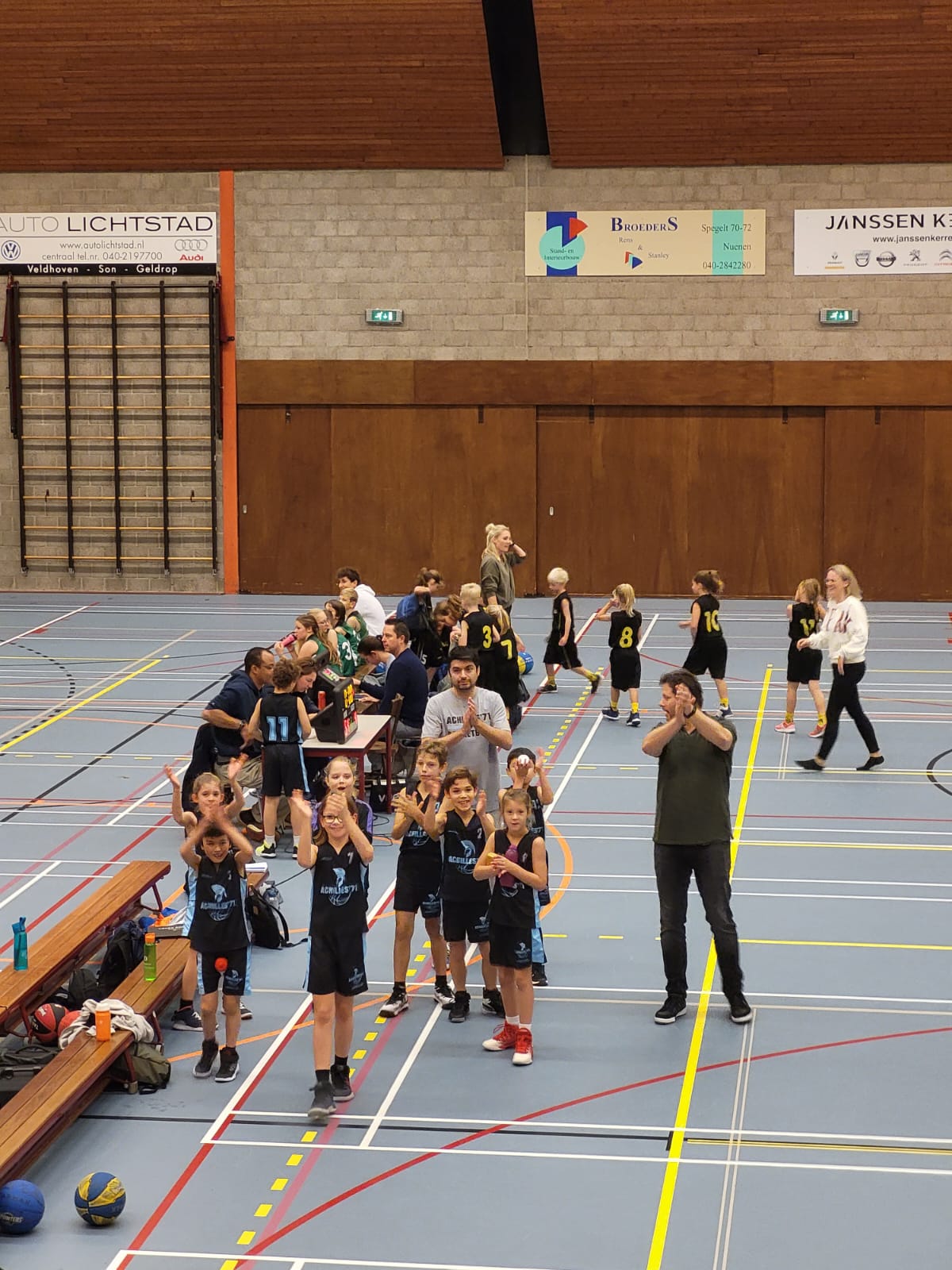 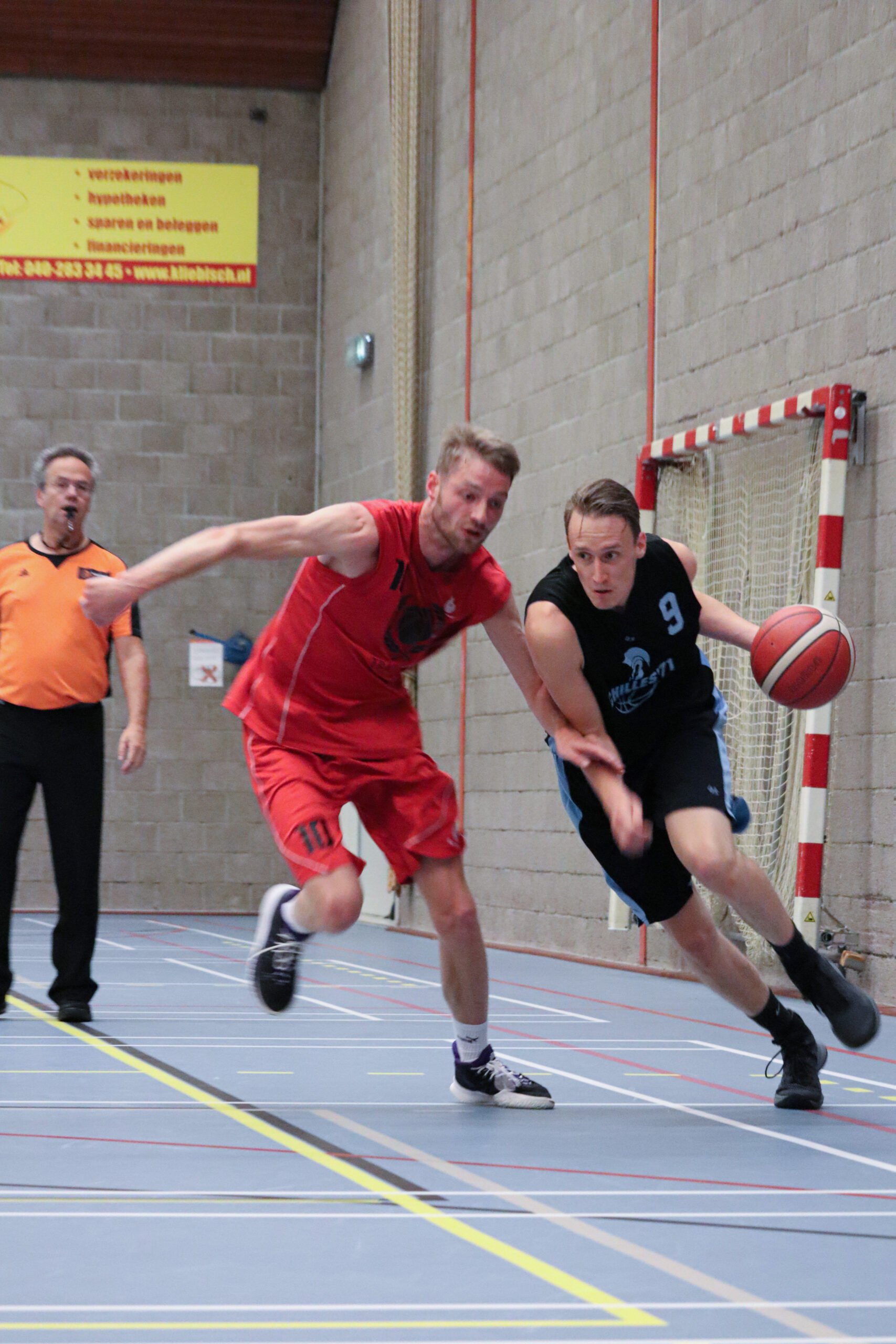 After about a month of no games for this team, the Shield of Achilles was finally allowed to defend the home-court again this weekend against the well-known ballers from BC Eindhoven. Last season our men also faced this opponent, winning both match-ups. However, BC Eindhoven has some new faces this season and their basketball experience should never be underestimated. With the additions of Daan Hogeweg, Marin Ikac and Diogo Fernandes we’re 11 players strong this Sunday, missing only Leroy van Eijk and Hasan Mutlu Dikinci.

1st Quarter
The game starts in our favor as Grard van de Moosdijk opens the game with a three-pointer. The collective advantage in eagerness of our players to go for rebounds cause us to get 2nd, 3rd and sometimes even 4th options in every offense after a miss. Shield of Achilles is getting good looks as BC Eindhoven is struggling to find some offensive consistency. Sadly the rim seems to have shrunk a bit for us though and we’re not scoring as much as we could have scored, despite the good options. Still we go on a 12 – 2 scoring run to start the game, capped off by a three-pointer from Ryan Davis and consecutive dunks from both Job Stikkelbroeck as well as Bart Ponte after successful defense. BC Eindhoven manages to score a three-pointer themselves in the last seconds of the quarter to edge back in the game a little bit. 14 – 9.

2nd Quarter
In the second quarter it takes about 4 to 5 minutes before BC Eindhoven scores again due to our defensive pressure and communication. However, besides some scores from Ryan we reach a bit of a drought ourselves as we’re losing some structure in our offense this quarter. A key in this game in particular is the individual defensive effort from both Grard and Diogo, who are alternating defending the best player on the court for BC Eindhoven, which limits their scoring to 9 points as we go into halftime with a lead that we have yet to give up. 24 – 18.

3rd Quarter
The second half starts a little bit more chippy and in the 3rd quarter both Bart and Mink Marks get technical fouls while BC Eindhoven starts the quarter with an unsportsmanlike foul. Marin loosens up a bit this quarter, scoring 6 of his total 8 points and as a team this is our highest scoring quarter of the game yet as Maikel Boons dictates the offense. On the other side of the court the experience of BC Eindhoven also seems to come into play as offensively they slowly start crawling back. With a last second score from Stacho Garay on an assist from Ryan we close out the 3rd quarter with a 3 point advantage going into the final quarter. 42 – 39.

4th Quarter
Remco van Roestel sets the tone for the team early in the 4th quarter, adding 5 points to the tally and with the team locked in on closing out this game for Nuenen we end up with a 10-point lead in the middle of the 4th quarter. As we try to close out the game BC Eindhoven tries a last ditch effort to get a chance at winning and increases their defensive pressure a bit. Luckily for the home crowd it ends up being too little too late and our Shield of Achilles ensures themselves of a spot in the top 3 of the competition with a win in Nuenen, tied in second place with EBBC Den Bosch and behind The Black Eagles, who have yet to lose a game. 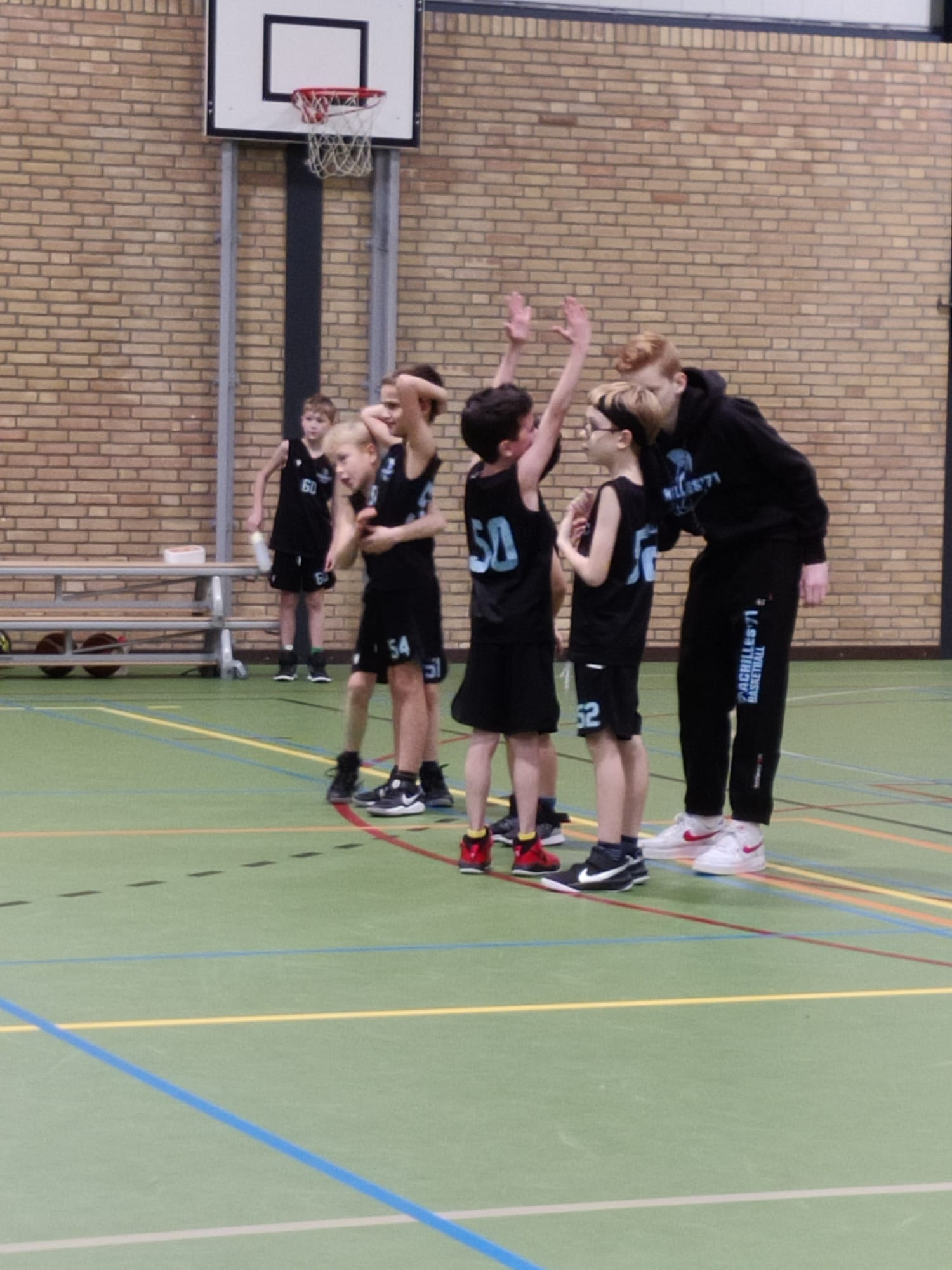 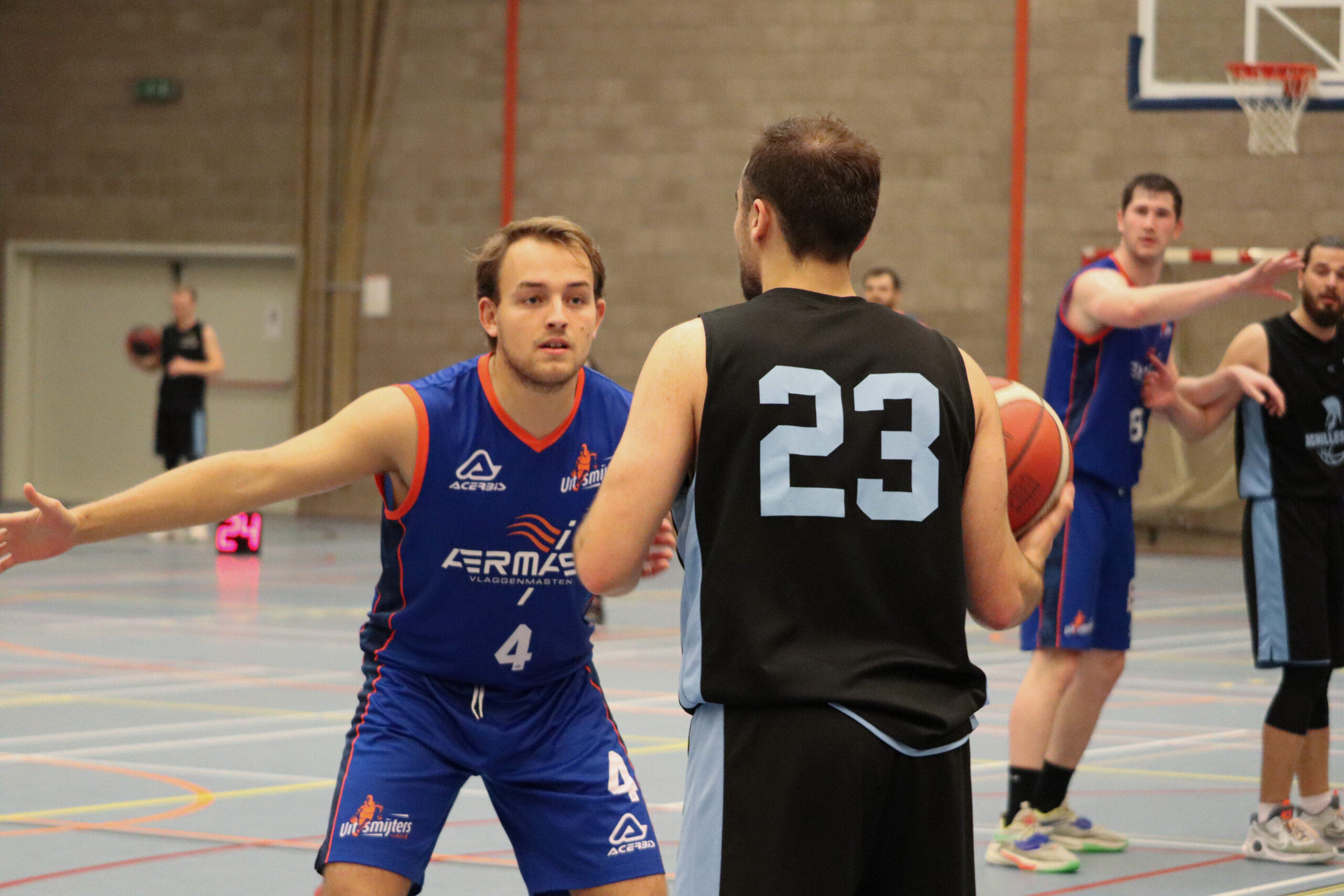 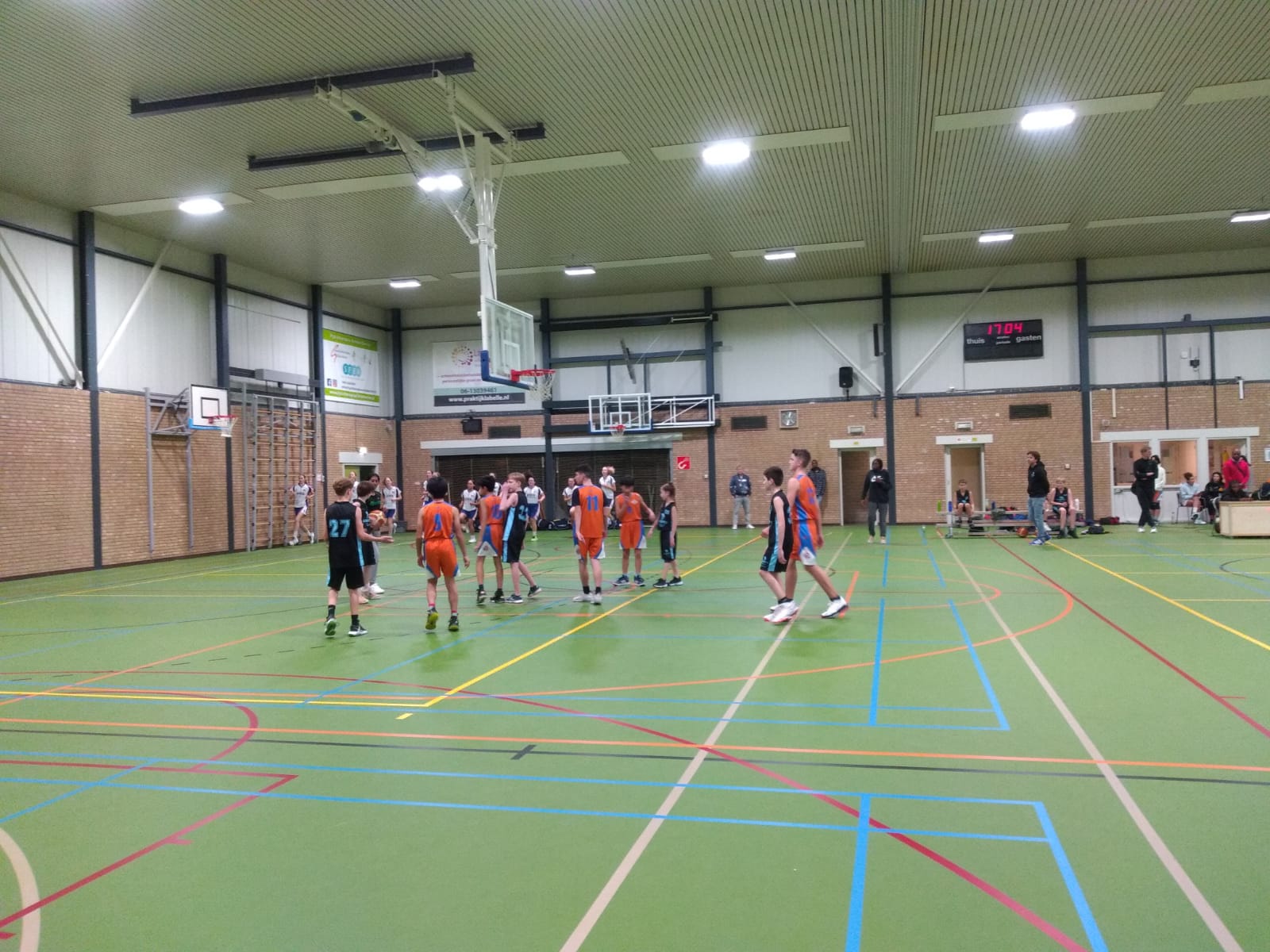